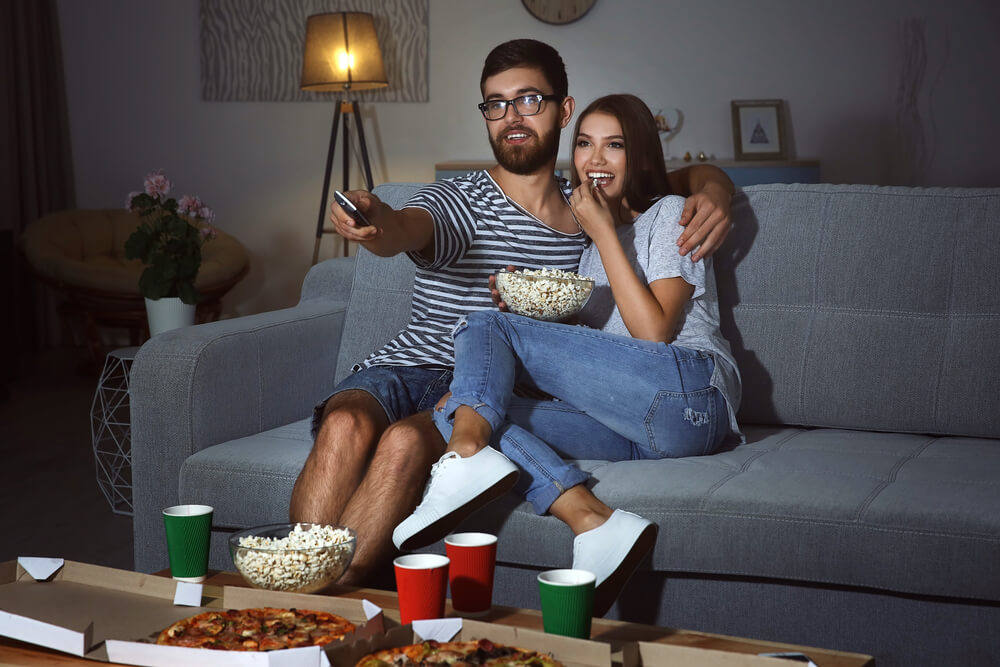 Every now and then, a show that you can’t have enough of comes to an end. Not to worry though, there are some remarkable shows that have seen a new lease of life. Could your favorite be among them?

From cartoons to comedies to dramas, revival shows are the new trend. Nostalgic stories are being retold and familiar faces are returning to their original networks.

Besides some awesome fall premieres, streaming services are now cashing in on the revivals, with some remakes becoming even more successful than the originals. Shows like Nancy Drew and Crank Yankers have been revived to great acclaim by a new audience.

Which best shows off all times are making a comeback? Here are 13 revival shows worth watching.

The Twilight Zone is among the few series which seem to have been written to fit any era. Without a linear timeline or a fixed universe, the anthology series is as intriguing as its scary. The show has been assimilated into movie culture with the term “entering the twilight zone” being used to describe the beginning of surreal events.

The original series (1959) was presented by the late actor and politician Rod Serling. It ran for five seasons on CBS before the first revival was picked up in 1985. A one-season second revival, presented by Forest Whitaker, ran on UPN in 2002. Famous names like William Shatner, George Takei, Carol Burnett, and Burt Reynolds have so far made appearances in the series.

Early this year CBS revived the iconic series a third time. Presented by Jordan Peele, the new series keeps true to the previous versions, albeit with better cinematic effects. The 2019 revival has also seen fans being treated to remakes of some of the franchise’s best episodes.  What’s more; a second season is in the pipeline.

With 10 seasons and 172 episodes, All That was a long-running show in the late 1990s and early 2000s. From 1994 to 2000 and later from 2002 to 2005, the sketch comedy was a big success on the Nickelodeon network. The show gave quite a good number of Hollywood stars a good start. The likes of Nick Cannon, Amanda Bynes, and Lisa Folies made their mark from the show.

The 2002 revival brought a new cast with Bow Wow and Grammy Award winner Ashanti making appearances. The second relaunch kicked off in June 2019 with some original cast members making a comeback.

Fans have also been treated to a re-energized show with Beyonce, Dwayne Johnson, Adam Sandler, and Ariana Grande guest-starring in the premiere.

Cop shows have a way of capturing both old and new viewers season after season. NYPD Blue happens to be among the most-watched and beloved cop shows of all time. It follows the men and women in blue of the Manhattan 15th Precinct. It debuted in 1993 and by the time the last season aired in 2005, it was ABC’s longest-running one-hour drama series.

With some of the main cast members leaving the show, but the audience numbers still high, the show has been revived four times so far. The fifth revival is coming as a sequel to the series with new cast members and (hopefully) some cameos.

Spoiler alert: Andy Sipowicz is dead and it’s up to his son Theo, the new lead character, to investigate the murder.

Originally a Fox production, Party of Five is a teen and family drama following the Salinger siblings. Its original run span 6 seasons and 142 episodes. The ensemble cast included Matthew Fox, Neve Campbell, Scott Wolf, and Lacey Chabert. Though a teen drama, the show explored mature themes such as domestic abuse and parental loss.

In early 2018, Walt Disney’s Freeform cable channel announced a revival of the series. Just like the original, the new show will feature 5 children who have to navigate life without parents.

While the original characters were orphans, the reboot will follow siblings who are left behind after their parents are deported. The new Party of Five is centered on the Acosta siblings and will start airing on Jan 8, 2020.

Are You Afraid of the Dark? – Nickelodeon

If you are into horror TV series, then you can look forward to the Are You Afraid of the Dark? revival. The anthology show combines drama, fantasy, and horror surrounding the lives of the Midnight Society members. The show was originally aired from 1990 to 1996 with the first revival taking place in 1999-2000.

The second revival, in the form of a 3-part mini-series, is already underway. The new Midnight Society members will be sharing the eerie stories of a carnival before the tales start becoming all too real.

The big bad wolf will be played by Blindspotting actor Rafael Casal, as the ringmaster of the doomed carnival. Among the stars in the juvenile roles is 2017 It actor Jeremy Ray Taylor.

Comedy Central has been a leading platform for most Hollywood comedians since the late 1980s. Among its most successful productions is the puppet show Crank Yankers. In the sketch, celebrity guests make prank calls to marks with puppets re-enacting the scenes. The show premiered in 2002, spanning 4 seasons up to 2007.

Among the performers in the initial seasons included Jimmy Kimmel as Karl Malone, and Wanda Sykes as Gladys Murphy. The 2019 revival brings back Kimmel and fellow producer Daniel Kellison, who also features in the acts, back into the show.

To spice things up, the new season includes prank calls via social media. Actors such as Wu-Tang Clan, Kathy Griffin, and Tracy Morgan are also reprising their roles.

Buffyverse is one of the most successful franchises in recent times. From comics to video games, Buffy the Vampire Slayer has seen the growth of a fictional universe like no other. Since the 1992 movie of the same name, creator Joss Whedon has been behind the popular TV series, its spin-off Angel and an upcoming reboot.

This fantasy world is characterized by vampires, werewolves, demons, and magic. The story is seen through the lives of “Slayers”, young women with mystical powers to overcome the powers of darkness.

Actual information on the renewal has been scant, but this much is known; the show will be taking place a decade or so after the events of the original, with a new Slayer and a more diverse cast.

Man has always been fascinated by the possibility of alien life. It’s no wonder that most science fiction films explore the existence of beings from other worlds. In the early 2000s, fans were captivated by Roswell, a TV adaptation of Melinda Metz’s novel Roswell High. The series fictionalized the events of the Roswell UFO incident.

While the original series concluded in 2002, you can now binge-watch the first season of the 2018 revival. The show introduces new characters, but, just like in the original, these are human-looking extraterrestrials living undercover.

The revival returns for a second season in March 2020. For the fans of the original series, there is something for you; Jason Behr is returning! His role has been kept secret but our guess is that it will be tied to the original series. Shiri Appleby, his on-screen girlfriend also returns as a director.

The Charmed Ones are back on the silver screen. Originally, the fantasy drama ran for eight seasons, with the finale airing in 2006. In the narrative, three powerful witches protect the innocent against evil beings. Unlike the original, the revival introduces a trio with slightly different powers in a new town.

Coming 20 years after the original’s premiere, the new heroines’ lives change after they discover their witch heritage. Apart from the usual magic and spells, the series introduces new powers such as telekinesis and telepathy. Individual powers are, however, stronger when the trio work together, or when there’s the ‘Power of Three’, if you like.

Despite backlash from the original’s cast, the reboot has been a surprise hit. Melonie Diaz, Madeleine Mantock, and Sarah Jeffery star in the new show. Season one came with huge international sales, which ensured a continuation. The second season, with a more cinematic appeal and a darker tone, kicked off in October 2019.

The titular character Nancy Drew is back on TV once more. In the new series, the girl detective once again solves mysteries which start after witnessing a murder. The series is based on Edward Stratemeyer Nancy Drew Mystery Stories novels. Written by a number of authors since 1930, the narrative has been evolving to fit changing times.

So far, the franchise boasts of three TV series, five movies, several video games, and comic books. As a cultural icon, the character has been quoted by influential people and analyzed widely by feminist literary critics.

Newcomer Kennedy McMann leads in the 2019 revival, together with Alex Sazon (The Fosters) and Leah Lewis (Charmed) in major roles. The new series finds Nancy as a young adult who has all but given up being a sleuth- until she becomes a prime suspect in the murder of a socialite.

Golden Globe Award nominee Kristen Bell returns as the title character in Veronica Mars. The role is arguably one of Kristen’s most recognizable and popular roles to date. Set in a fictional Californian town, Veronica Mars follows the show’s namesake as she solves crimes. Her father Sheriff Keith Mars, played by Enrico Colantino, guides the budding detective.

The show initially ran for three seasons with each episode being a stand-alone. In 2014, seven years after season three finale, a movie of the same title was released. The film did little to quieten the legion of fans who wanted more of Veronica Mars.

While most revivals feature a new cast, season four continued with a good number of the original actors. This time around, father and daughter work together as private investigators. Unlike the original seasons, though, the revival follows Veronica as she solves one big case.

Considered to be one of the coolest TV families, The Jetsons are coming back. Set 100 years in the future, the animated show first went on air in 1962. Since the era was all about the space race, the prime time sitcom became an instant hit. Also, it provided a balance for the stone age family The Flintstones, who were riding high at the time.

The series was revived in 1985 followed by films and several video games. The family of the future has also made countless cameos in other productions, including in the DC Universe.

In 2017, ABC ordered a pilot for a live-action remake of the cartoon. Rumors are that Family Guy’s executive producer Gary Janetti will be shepherding the new series. The new series is expected to maintain the original’s timeline, meaning it will be set around 2118. No trailer has been released yet.

If you are into reality shows, here is another one for you. MTV’s The Hills has been revived, with the first season ready for binge-watching and the second season in production. The original aired in 2006 through 2010 for six seasons. It followed both the professional and personal lives of some young women in Los Angeles, California.

The series was a spin-off from the successful Laguna Beach: The Real Orange County which wrapped up in 2006. The Hills followed Lauren Conrad as she found her footing in the fashion industry after graduating from Laguna Beach High School.

In New Beginnings, some of the original cast reunites together with their families and new members. Among the notable members missing are Lauren and Kristin Cavallari. That said, the revival has been well received with Brody Jenner and Heidi Montag on the lead.

Are you thrilled? That’s the point! Few things offer the relaxation that comes with settling down to a good show. It is even better if you are re-uniting with a long lost favorite, so take some time out of your busy schedule to enjoy these 13 captivating revival shows.