The Best TV/Movie Soundtracks of 2020

Home » The Best TV/Movie Soundtracks of 2020
Previous Next

The Best TV/Movie Soundtracks of 2020 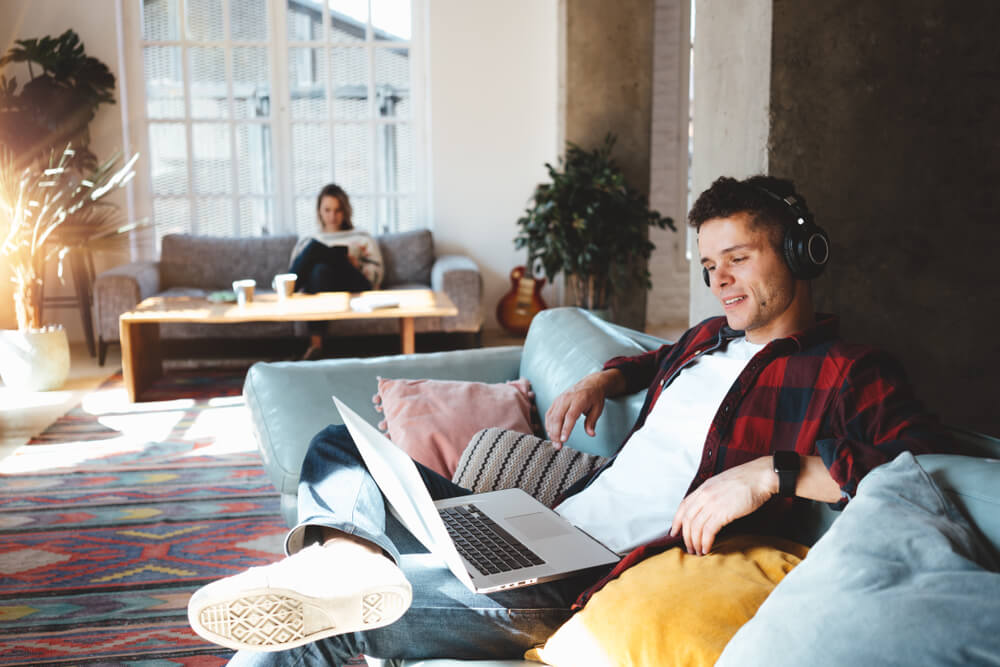 Since this has been a terrible year worldwide we have all missed out on a lot of things we enjoy, we have missed our families and friends, birthdays, holidays and even some movies had to be delayed all because of Covid-19 so I am hoping to bring some normality back by sharing some of the best tv and movie soundtracks from 2020.

Trolls World Tour has so many great songs in it. The movie is about all of the different kinds of trolls, not just the usual pop trolls. There are six different strings all representing different music genres, so not only are there pop songs, but there is also country, funk, techno, classical and rock.

Most of the songs are happy and upbeat, and there are a few harder rock songs that add a certain edge to the movie. The trolls use songs to stand up for what they believe in.

After the year we are having, happy songs like these can help brighten up your day and change your whole mood.

Onward is an animated, fantasy adventure film for the whole family, starring Tom Holland who also plays Spider-Man, and Chris Pratt who plays Starlord in Marvel’s Guardians of the Galaxy.

Onward is a movie about a single mother with two elf sons. One son is living in a fantasy world that turns out to be how the world lived years ago and the other son is a high school student. The two elf brothers go on a magical quest to spend one more day with their father who had passed away when the brothers were young. There are many different songs and tunes in this film to describe different parts of the adventure. These include:

Each important part of the boys’ adventure is marked with a specific tune or song that helps us understand the emotion in the scene.

Mulan is about honor and family, about a girl who disguised as a man to save her elderly father from having to join the army in China because he has no sons. It includes songs like:

As you can see by the names of these songs, Mulan goes into battle to save her kingdom. She does what not many people would do for their family – she risks everything.

In this film, there are a lot of different songs for all of the different settings.

A lot of the songs are done by Tony K, but we can’t forget the Scooby Doo Theme Tune either.

Kissing Booth 2 is the sequel to Kissing Booth. It is about two best friends Elle and Lee, who were born on the same day and have spent all their time together. Most of their time is spent on dance machines at the local arcade and dance class at school. In order for Elle to afford college, she must compete in a dance competition, which is where a lot of songs are played. Some of the songs include

These songs help set the mood with emotions for every scene, and there’s plenty of happy, upbeat songs for the dance competition.

Hubie Halloween is about a man named Hubie who lives in Salem. Hubie is a devoted volunteer for his community, but his community plays some of the meanest pranks to him, until one Halloween where the people who prank him disappear. This is a comedy-mystery film. Some of the soundtracks used in this film are:

As you can probably guess, there are a lot of songs that make the film more scary, due to this being a Halloween film.

The Spongebob Movie: Sponge on the Run

SpongeBob is away on an adventure with his friends to the lost city of Atlantic City to save Gary, his snail, from the mysterious kidnapper. Through delight and danger, they still prove that there is nothing more important than friendship. Here are some of the songs from the film:

As you can tell by the name of some of the songs, this is a children’s film and has a lot of silliness in it. It also reminisces about how Spongebob and Gary met.

Bad Boys for Life features Will Smith and Martin Laurence, who join a special department at the police force to help find the man who is trying to murder Will under his mother’s instructions. This action-packed comedy film features some upbeat songs like:

Some of the songs are even sung by Will Smith’s son, Jaden Smith.

The Willoughbys are four children who are neglected by their parents and decide to teach them a lesson and get rid of them. The soundtrack of this film really sets the emotional journey that the Willoughbys go through:

There is a lot of quite creepy music here, as well as some a bit less eerie.

Harley Quinn finds herself in a lot of trouble after an explosive ending to her and the Joker’s relationship. Now that she doesn’t have the backup of the Joker, she has become a target to crime boss Black Mask and his number one man Victor Zsasz, as well as every other villain. That is until she becomes allies with Huntress, Black Canary and Renee Montoya, who are three deadly women.

Some of the songs in this movie are:

A lot of the songs seem to describe Harley Quinn having her independence and that she is doing ok through her breakup with the Joker.

Over the moon is about a little girl who loses her mother and can’t accept her dad moving on. She remembers a story her mom always sang about a woman who took immortality pills and floated to the moon, leaving her one true love behind. Legend had it that she was waiting for her one true love to get her. So, when her dad meets someone new, the little girl decides to build a rocket and go to the moon to prove the legend was true.

Some of the songs from this film are:

The singing in this movie provides a mellow soundtrack, a calming realization of how parents and lovers need to move on, as well as how kids need to be more accepting of this.

Eurovision Song Contest: The Story of Fire Saga is all about the Eurovision Song Contest and it tells the story of a couple who have been singing together since they were kids, and always dreamed of winning the contest. They have a lot of ups and downs and, as with every competition, there are people who don’t believe in them. Some of the best songs in this film are:

As this is about a singing competition, there are a lot of different songs, but as it’s also a romantic movie, there is one big love song.

Bloodshot is a film about a soldier killed in battle who comes back to life with superhuman abilities and is now on a mission to get revenge. However, he finds out some secrets about his life and the people who are supposed to be helping him. Some of the songs in this film are:

These songs set the emotion for the film.

Avengers Endgame is a follow on from Avengers Infinity War, where Thanos removes half of the population of the world. The Avengers, along with everyone else in the world, didn’t like this, so the Avengers, along with a lot of other superheroes, hunt down Thanos and the infinity stones and manage to get everyone back and reverse time to defeat Thanos for good. However, there are always consequences…

Some of the songs from this film are:

The soundtrack of this film builds suspense and emotion.

Captain Marvel tells the story of how Captain Marvel gets her powers and becomes one of the strongest superheroes. Some of the songs from this film are:

This type of soundtrack builds suspense and makes you really think about what will happen next.

Hobbs and Shaw are normally rivals but in this Fast and the Furious film they need to work together and forget their differences. Some of the songs from this film are:

The soundtrack of this film is a mixture of genres to give an upbeat soundtrack that gives off an action-comedy feeling while watching it.

Rocketman is about a man who plays music in the local pub, until he is discovered by a chaotic music manager. Some of the some from this film are:

In this musical drama, the songs are used to describe the emotion felt.